Trump’s silly new ‘defense’ against Hutchinson is full of holes

"Cassidy Hutchinson’s testimony about Jan. 6 continues to drive brutal headlines for Donald Trump across the country. Leading analysts are describing her revelations as alternately devastating, emotionally powerful and historic. Others are comparing her depiction of the former president’s insurrection to the most deranged presidential moments in U.S. history.

Yet Trump’s propagandists have found an answer. They are claiming Hutchinson’s appearance was a flop, based on the fact that a single anecdote about Trump — one barely related to the central allegations against him — is now being questioned by a handful of bit players in this saga who aren’t even offering this pushback publicly, let alone under oath.

In addition to providing an object lesson in how pro-Trump propaganda functions, this buffoonery reveals just how weak Trump’s defenses have become. The pushback is shriveling into meaningless trivialities even as the enormity of this scandal grows overwhelming.

Trump’s spinners have seized on Trump’s episode with the Secret Service. Hutchinson testified to the Jan. 6 select committee on Tuesday that Tony Ornato, then-White House deputy chief of staff, told her Trump erupted in fury as his detail refused to take him to the Capitol to join the mob, cursing and lunging for the steering wheel.

The Secret Service now says it will offer a response. A source close to the agency leaked word that Robert Engel, the agent in charge of Trump’s detail that day — along with the vehicle’s driver — are prepared to say under oath that Trump never lunged for the wheel.

This has caused an outpouring of glee among Trump’s propagandists and online warriors. They called Hutchinson everything from a “grifter” to a “glorified receptionist,” which is funny, because as a top aide to Trump chief of staff Mark Meadows, she had a front-row seat at the highest levels of power.

Meanwhile, Trump himself raged that Hutchinson’s story was “sick” and “fraudulent.” Rep. Marjorie Taylor Greene (R-Ga.) insisted that people in the car must be permitted to testify to the committee and that major networks should carry it live.

By all means, let’s do that. Ornato, Engel and the driver absolutely should testify under oath on live television.

Here’s why this pushback is so preposterously weak. First, Hutchinson was not relating her firsthand experience of that episode. As Hutchinson recounted, she, Ornato and Engel were outside Meadows’s office after this episode, and Ornato described it to her. Asked whether Engel disputed this account at the time Ornato delivered it, Hutchinson said Engel did not.

The leaks in Trump’s favor don’t address this point. They simply say Engel and the driver will dispute that Trump lunged for the wheel. Ornato can deny ever recounting this episode to Hutchinson. He hasn’t.

Which brings us to the more fundamental point. If Ornato wants to respond under oath to Hutchinson’s testimony, guess what: There are many other things he can be asked about as well.

For instance, Ornato was the person who informed Meadows that Trump supporters attempting to enter the rally were armed at a meeting on the morning of Jan. 6, according to Hutchinson’s testimony.

Ornato also told Meadows he informed Trump of this, per Hutchinson. She went on to recount that Trump angrily demanded that armed supporters be let in, after which he directed the mob to the Capitol to intimidate his vice president into completing his coup attempt.

If Ornato wants to testify under oath, he could address all of those claims as well. Is that something Trump supporters want?

Similarly, Ornato and Engel can address the core assertion that Hutchinson made about the president’s alleged rage-fit in his vehicle. They can testify about whether Trump actually did want to go to the Capitol and what happened then."

https://www.washingtonpost.com/opinions ... gn=wp_main
"The books that the world calls immoral are books that show its own shame." - Oscar Wilde
Top 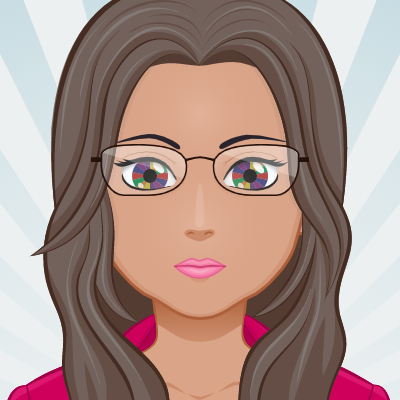 Trump made repeated attempts at using his executive powers to end democracy in favor of autocracy. I’m not judging anyone who voted for him the first time, not really even judging anyone for voting for him a second time, but those at this point still supporting him and buying into his bs…
Top Ornato is a Trump loyalist. He would throw his own mother in front of a train to protect Trump.
You were born an original, don't die a copy.
Top
Post Reply Previous topicNext topic
4 posts • Page 1 of 1