Once a topic is locked we consider the issue handled and no longer respond to new reports on the topic.
Post Reply Previous topicNext topic
First unread post • 2 posts • Page 1 of 1

Police responded to the area around 3 a.m. and found a Jeep Cherokee "riddled with bullets," Police Chief Carmen Best said.

Susan Gregg, a spokesperson for Harborview Medical Center in Seattle, said early Monday an unidentified male and a 14-year-old were transported to the hospital in critical condition after being shot. The Seattle Police Department later said the unidentified male is 16 years old.

The 14-year-old arrived at the hospital by a private vehicle from the CHOP around 3:15 a.m.

The 16-year-old was transported to the hospital by Seattle Fire Department medics and arrived at the hospital around 3:30 a.m. The teen later died. 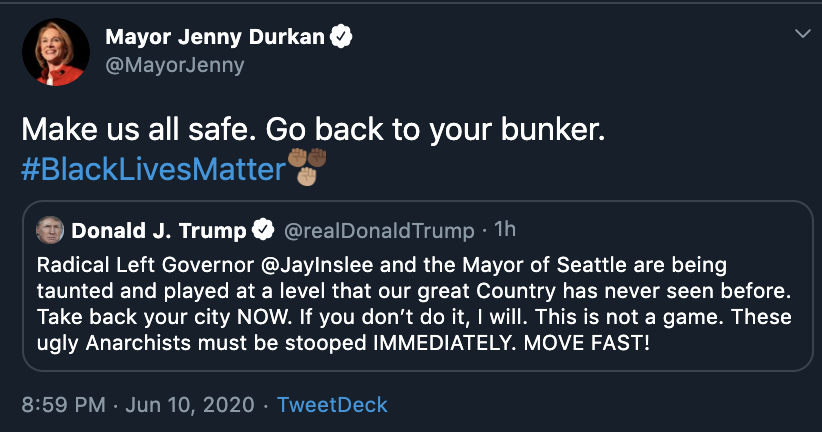 He tried to warn her, now three teens shot, 2 dead, one woman raped and potentially more.