Once a topic is locked we consider the issue handled and no longer respond to new reports on the topic.
Post Reply Previous topicNext topic
First unread post • 8 posts • Page 1 of 1

On Thursday, Roseanne tweeted out a bizarre one-minute video clip in which she voiced her opinion.

"You know what I think — discuss amongst yourselves if you don't agree — you don't really have to burn me at the stake for not agreeing with me — but let me just throw out one idea," she said in the video. "And I hope that the hungry dogs in the street have enough meat as to not come after me for thinking and speaking. I'm tired of it."

After saying she's tired of being "monitored and corrected," Roseanne said, "Trump — hear me when I say this — Trump is, in my opinion, the first woman President of the United States."

Roseanne abruptly ended the video, which has since been deleted, following her theory that Trump has two X chromosomes. Some social media users were able to copy the video before it was purged.


Evan DeSimone
@Smorgasboredom
I would like to spend the rest of 2020 on whatever Rosanne is on... …

44.1K
4:56 AM - Jun 25, 2020
Twitter Ads info and privacy
12.5K people are talking about this
Fans were understandably confused, with many wondering if this was meant as a show of support or disapproval. Roseanne, of course, was a staunch supporter of Trump while he was a candidate for president.
Top

I like Roseanne but it does appear that she may have some mental issues. reminds me of some family members who are bipolar when they're manic.

Trump has a lot of kids and you can tell by looking at them he sired them so this is just silly.

Well I disagree with Rosanne. A woman would do a way better job than Trump, any day. Even with zero experience in politics or finance, like Trump.
Women who behave seldom make history
Top He’s got a lot of kids for someone without sperm.
“ I have loved the stars too fondly to be fearful of the night “ - Sarah Williams
Top 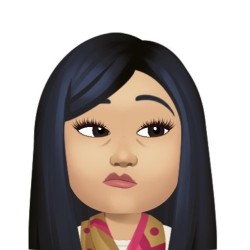 I think she knows he is a man, I think she was basically calling him a woman to emasculate him. Imo
Formerly JPickens
Top

I don’t know what exactly she meant by that. I don’t think she was saying that he’s actually a woman, I think it was more about emasculating him. Or maybe just thought she was getting back at the idiots that claimed Michelle Obama was a man.
Top