Did I over react? School related.

My daughter asked me if there was anyway that she could change her Physics teacher at school (I work at the school). I looked and said that probably not but to talk to her counselor.

She did and was told no, due to her other classes. I guess the counselor started asking what the problem was and it came out that this teacher just made my kid uncomfortable, just he didn't do anything but she was not comfortable around him and she is not the only one.

One of the assignments for a grade was give the teacher their personal phone number incase he needs to contact the student about an assignment. (Why he can't use google classroom or the Remind app, I don't know)

She was uncomfortable with this and didn't do it. It ended up bringing her grade from what should have been a B+ to a C+. So she did it, to bring her grade up even though she didn't want to and then he wouldn't give her credit for it because "it's not that big of a deal, and it's late"

The counselor told him to give her credit and as a friend she told me about the assignment because even she thought it weird.

I am not fond of the idea of a teacher having my kid's personal number, and especially for a grade, basically forcing her too give it. I don't think other parents would be happy if they knew also.

He still refused to give her credit and said she should have never gone to the counselor. I went to the Principal, he said "oh, hell no!" and told the assistant principal (who is in charge of curriculum) . She said "Oh hell no" and is going to set up a meeting with him.

Well all of a sudden he changed his mind and sent in a grade change form for my daughter.... Change from a C+ to a B+.

I was glad about the fact that the grade was changed, but still not happy he has my kids phone number. I still don't think this "assignment" is appropriate and only learned of it by chance. So they are going to still have a meeting about it because, sure he changed my kids grade but what about other students that didn't get credit or took the loss of points because they didn't want to give out their personal information?
Top

You did the right thing. I agree that Google classroom should have been the avenue of contact and NOT the students' personal phone numbers. It is clear from the reaction of both the principle and the vice principle that this was highly unusual if not inappropriate.

Keep checking on your re this class and make sure he doesn't try to get back at her because you reported him.
Top You did NOT overreact one little bit. Totally inappropriate.
Top

I would’ve told the teacher you can have my mother’s if you’d like.
In Boy Scouts the leaders can contact the kids on their cell phones. But they have to loop in a parent. Like it had to be parent, kid, and leader on speaker phone. Leader can’t talk to a kid on the phone without the parent present. And who drops a grade because the kid won’t give a number? Not every kid even has a phone. Mine had to earn the money for one. The whole thing is kinda creepy more I think about it.
Top What a strange situation all around.
Top 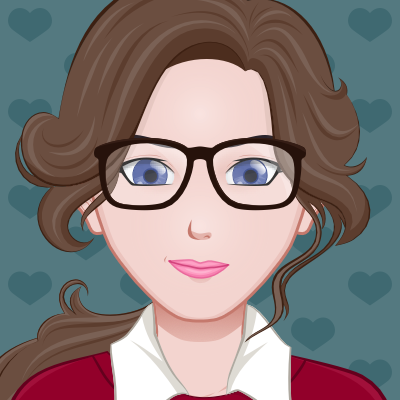 I don’t think you overreacted. There all sorts of ways to communicate with students that don’t involve requiring personal phone numbers from students.
Top The teacher is a creep who is looking for a chance to prey on young girls if he hasn't already. I would be taking this way above the principal.
Top The reaction from the Principal and Vice Principal should be enough of an indicator to know something was amiss. Keep an eye on the situation. I have a sneaking suspicion that there will be a new teacher or a string of permanent subs incoming.
Top

Why do you not know what kind of assignments your child is getting? Do you not talk about what they did in school that day?
Top You did not overreact. That is a completely unreasonable and inappropriate request for the teacher to make it a grade to get their personal number. Administration’s reaction should be an indication of how not okay this is.

At the school/district I work for we can’t even use Remind anymore because it requires students and parents to sign up with their number or personal email. We can only communicate using the LMS.
In my district, that teacher would have been fired.
Top
Post Reply Previous topicNext topic
19 posts